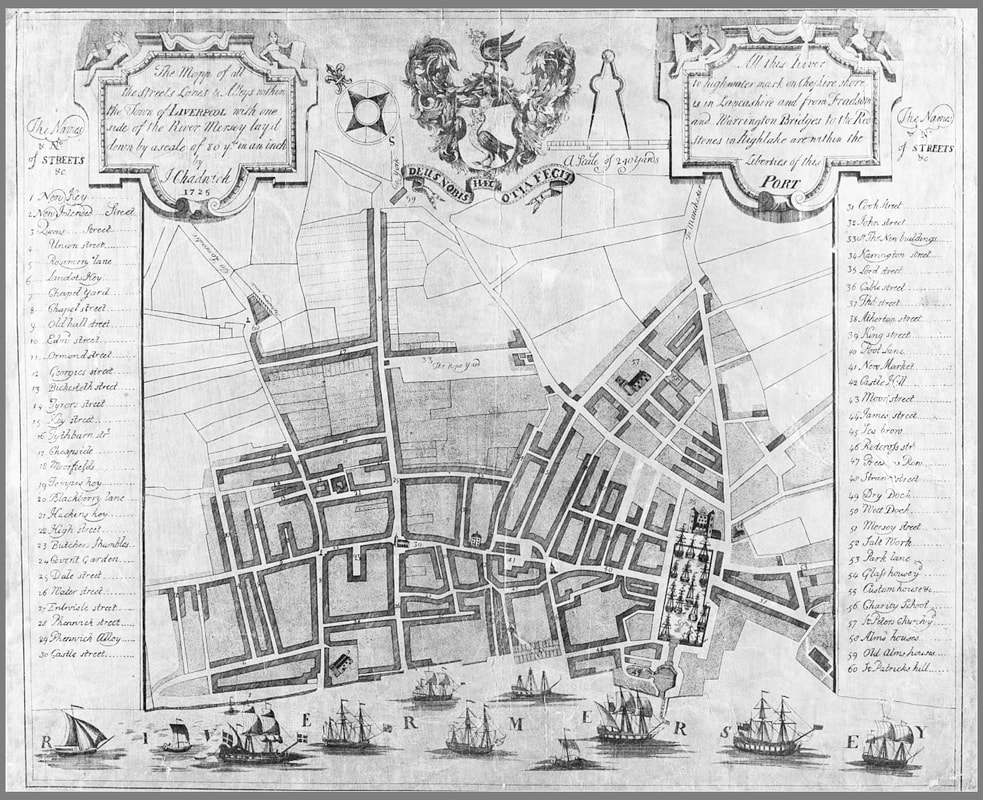 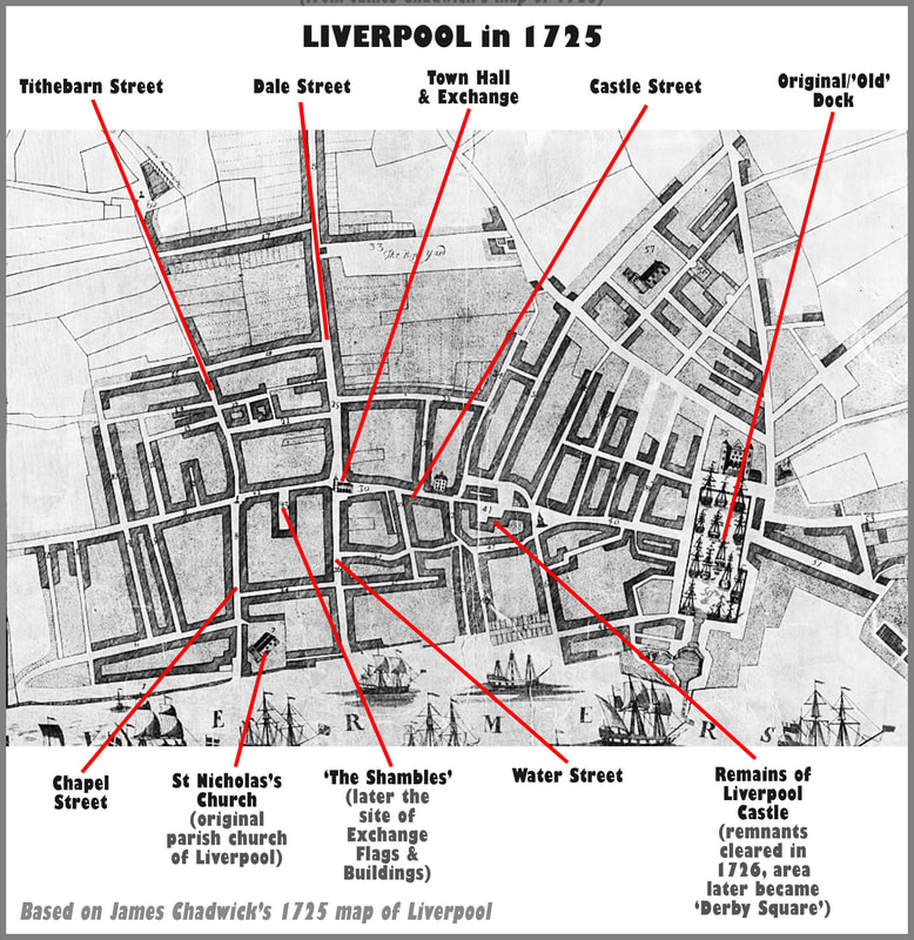 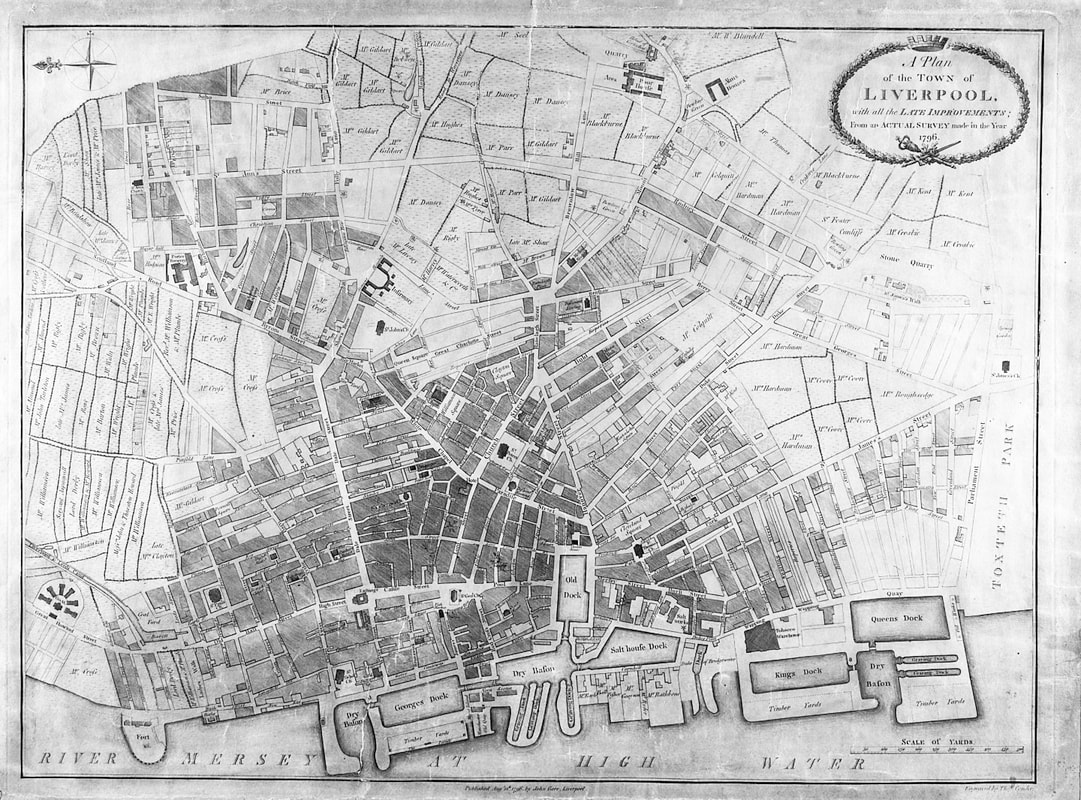 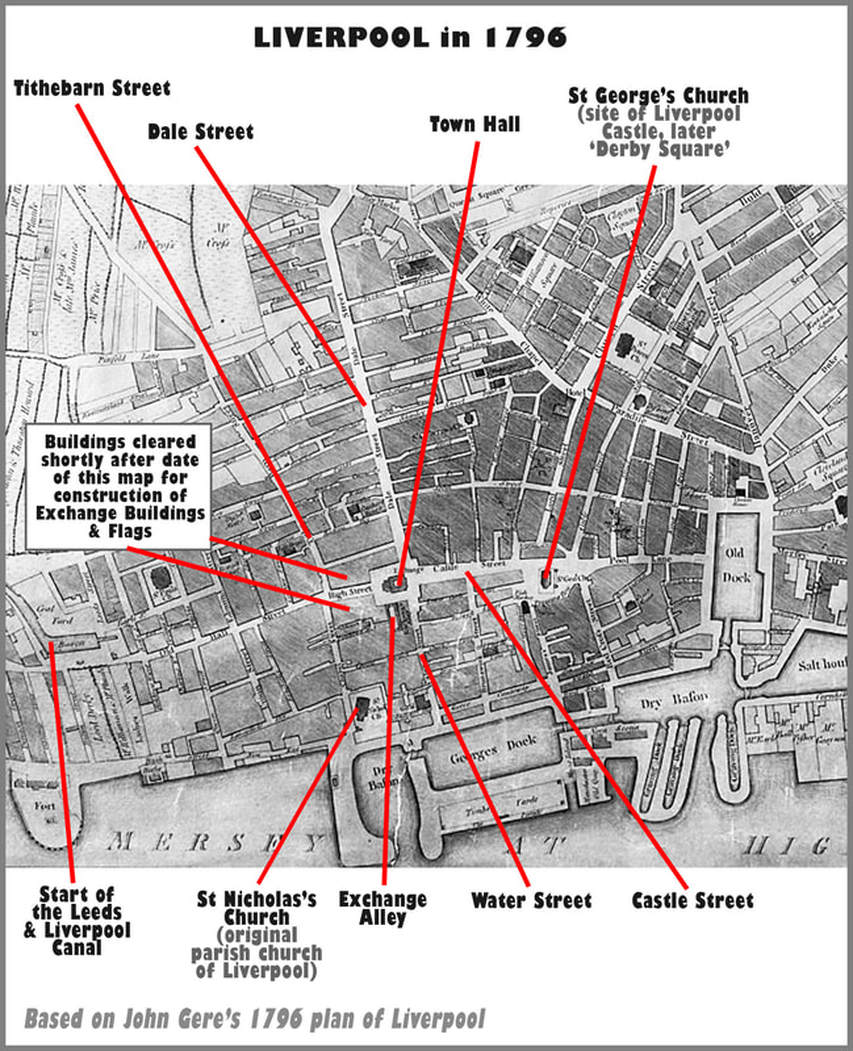 Below: Liverpool and District
in the early 1840s: 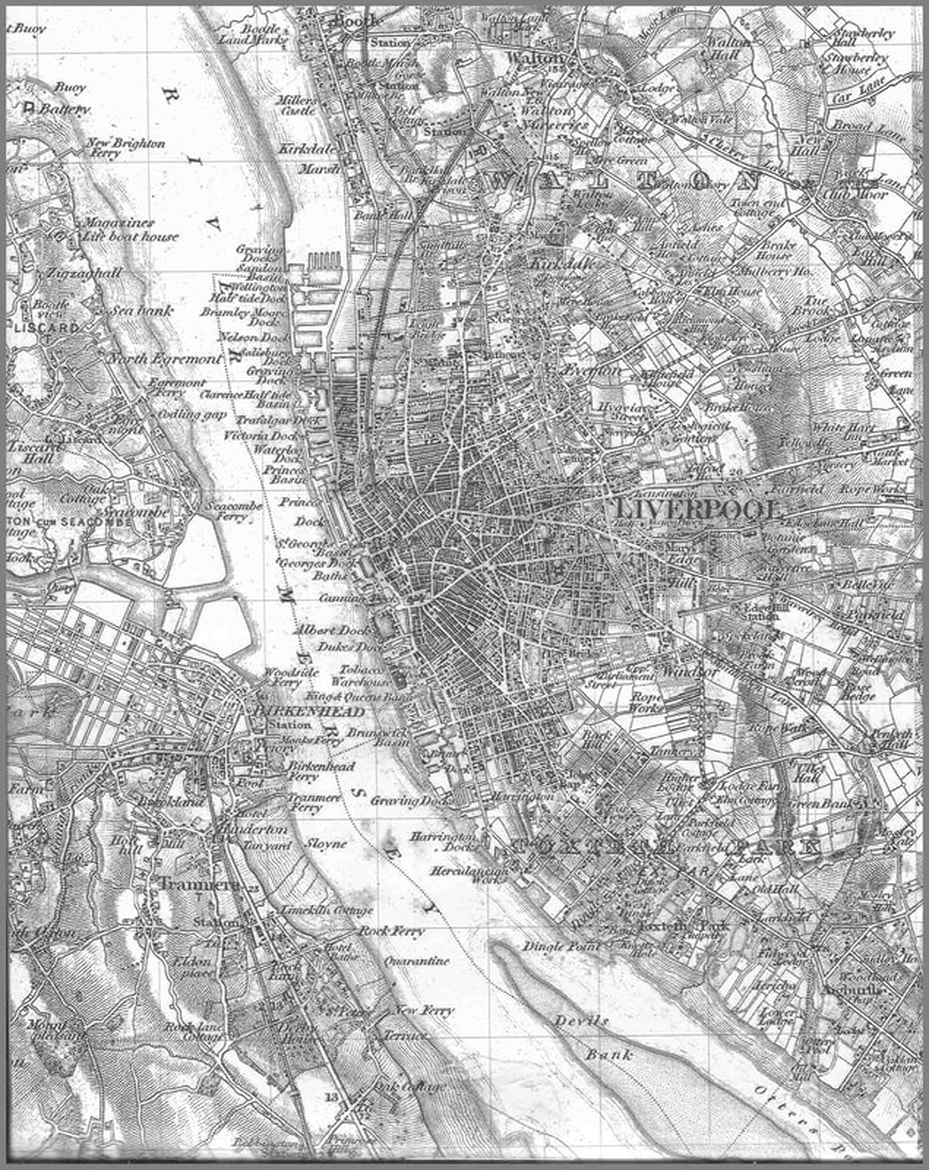 (Source of map: a composite formed from sheets 79, 80, 89 and 90, of the Ordnance Survey 'Old Series'/'One-Inch' maps,
first published 1840 to 1842)
Below: Central Liverpool in the Early Twentieth Century,
indicating key locations connected with the
cotton trade and market 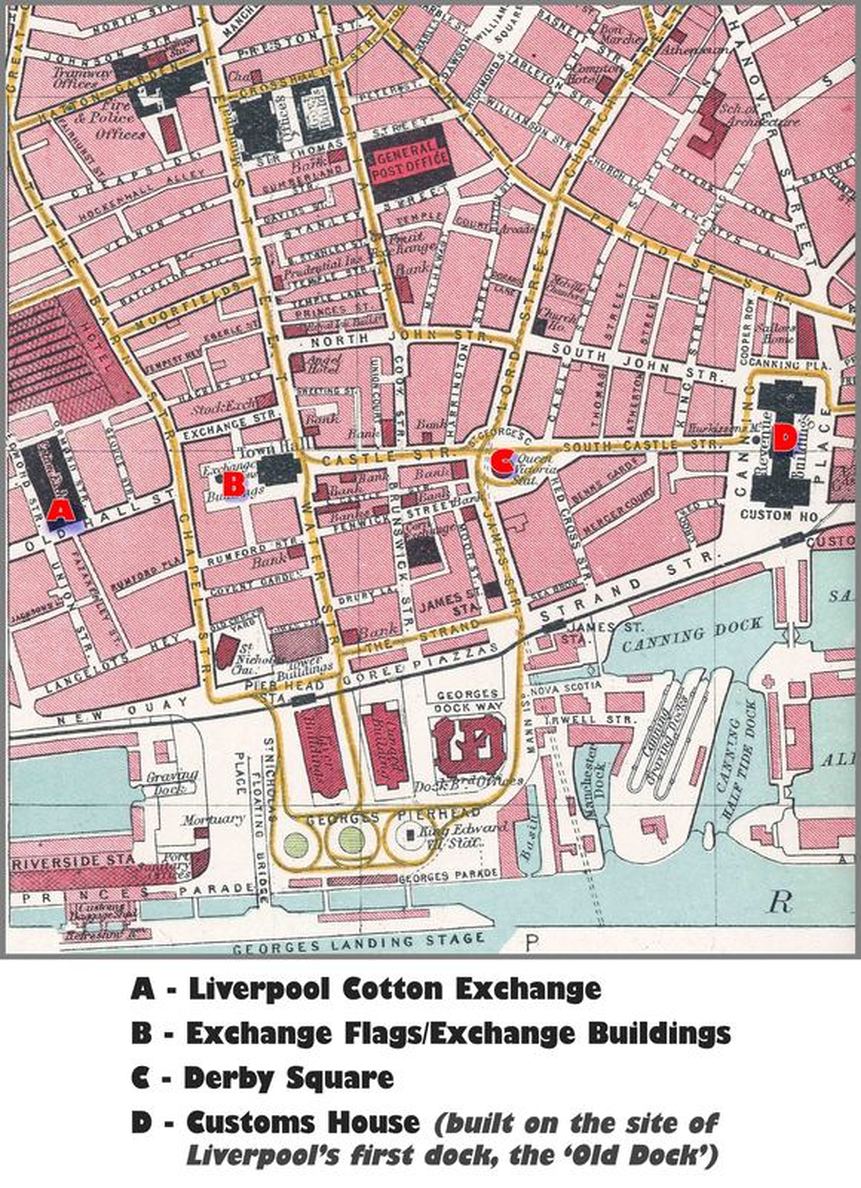